A Free Music Weekend! Inlets - 'In Which I, Robert' & "Inter Arbiter" 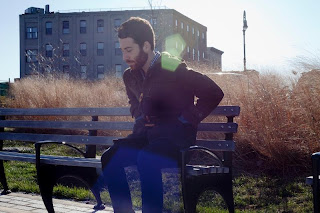 A worrier, childhood choir member, and unfocused student of many instruments, Sebastian Krueger marries the darker ornaments of baroque pop with lo-fi intimacy. Far from his Wisconsin roots and perfunctory piano lessons, he works out of a small Brooklyn apartment as Inlets, incubating songs over the course of months and creating short, dusty suites.

MP3: "In Which I, Robert" - http://www.forcefieldpr.com/inletsrobert.mp3


STREAM the entire album:http://www.inletsmusic.com
Thanksgiving of 2006 brought the free online release of Inlets' first offering, The Vestibule EP, an eight-song collection that won round praise from music blogs including Stereogum, Gorilla vs Bear, Said The Gramophone, and Le Blogotheque. Framed by eclectic layers of clustered woodwinds, brass, and percussive guitars, the record captured a personal and raw enterprise. The self-released Vestibule EP has since been downloaded over 40,000 times.

VIDEO: "Bright Orange Air" -http://pitchfork.com/tv/#/musicvideo/4123-inlets-bright-orange-air-twosyllable
Rather than promote the new project, Krueger dug in and committed to the slow process of writing an ambitious collection of new songs. Now, Inter Arbiter picks up where Vestibule left off, but the scope is wider and the hues are sharper. Krueger has honed his arranging abilities, creating elegant high drama from bursts of strings and discord from jangly cheap guitars.
"Inter Arbiter" will see an April 20 release through twosyllable.