FMF! One for the Road - Ariel Pink's Haunted Graffiti - 'Round and Round' 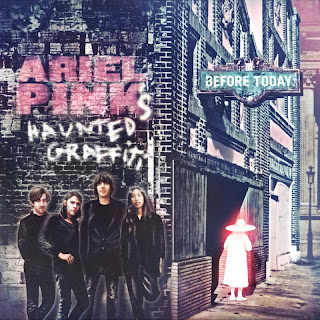 With the infectious tones of "Round and Round" still causing a stir online, Los Angeles' Ariel Pink's Haunted Graffiti have confirmed details of their debut album for 4AD. Entitled Before Today, the record consists of twelve tracks (including the aforementioned single "Round And Round") and will be released worldwide on June 8th 2010 on CD, LP and digital formats.

Six months in the making, Before Today was recorded in part in Encino at the House of Blues (once Tito Jackson's home studio) with Sunny Levine (Quincy Jones' grandson) and Rik Pekkonen (Bill Withers, Seals & Crofts, Bread) as well as at the band's home studios. The result is a beguiling mix of glam rock, West Coast funk and Merseybeat harmonies with a high-production sheen; a contrast to the corroded bedroom recordings that have fomented a fervent cult following over the past decade.