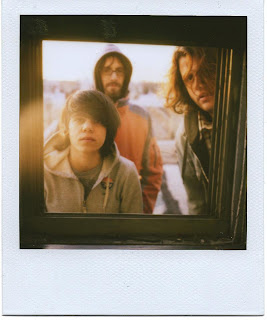 2009 will go down as the year that everyone-EVERYONE-started to take notice of Screaming Females in the wake of the release of their third LP (and their first on a label of any kind), Power Move (Don Giovanni, April, 2009). From their first TV appearances (dancing with puppets on Chicago's cult public access TV show, "Chic-a-Go-Go", then making their national TV debut as a musical guest on MTV's "It's On! With Alexa Chung"), first multi-page national print media press and having lead Female Marissa Paternoster be named "Best Shredder in New York City 2009" by the Village Voice to being the band that everyone from Dinosaur Jr., Throwing Muses, Dead Weather and Arctic Monkeys personally asked to tour with, 2009's been quite the weird and exciting year for Screaming Females. After all, they're doing exactly what they've done, the way they've always done it...organically, with friends. It's just that now all of these people are noticing how amazing they are. And they can, y'know, quit their day jobs in lieu of touring all the time and recording new material with both their own band and their side projects because of it. Amen to that, right?