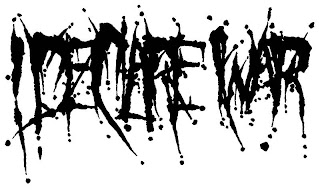 I Declare War has officially been signed as the fifth band to Artery Recordings, the new joint venture between The Artery Foundation and Razor & Tie. Founded in 2005, the death metal band is comprised of five guys in their 20s out of Seattle, Washington. On June 1st, their self-produced album Malevolence will be released.
While the band can definitely be described as heavy and aggressive, guitarist Evan Hughes states, "We have elements of a lot of different styles but keep things interesting by straying from sticking to a formula and not writing the same song 11 times." The band agrees that Malevolence is their heaviest and most focused record to date. When discussing the album, Evan states, "The lyrics are based on a lot of what we think is corrupt in the world today - government, religion, and the self-inflicted downfall of humanity. The title reflects the overall feeling of the lyrics and a basic view of how we see the world today."
During I Declare War's first tour in 2007, the band happened to cross paths with well-known death metal band Whitechapel, and played what Evan calls "one of the worst shows both of us ever played." The unfortunate show turned into a lasting friendship and one of the best things to happen to the band. When Alex Wade from Whitechapel was approached by Artery in regards to possible bands to sign, he suggested I Declare War, and so the relationship began. Artery and I Declare War are equally excited to begin working together. Evan says, "Being recognized by everyone at Artery is an honor and we're really happy to have found a home with them. It's been a long road to get to this point, but it really feels like our hard work is paying off."
Email Post