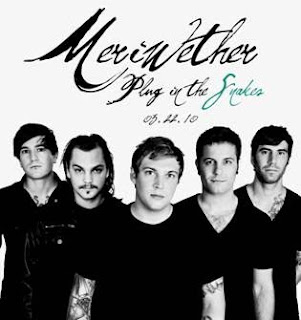 With over 4 million new media plays, the band is already a premier headlining act in the Southeast consistently selling out top draw venues such as the New Orleans House of Blues, and the Varsity Theatre in Baton Rouge . After finding much success selling more than 15,000 copies of its GVE Records debut Make Your Move, MERIWETHER is amping up for the worldwide release of its new album, "Plug in the Snakes."

The band took a minor detour after the release of its debut as its sophomore effort Sons of Our Fathers (produced by Howard Benson) was shelved after signing a major label deal with Suretone/Interscope Records. Severing those ties, MERIWETHER has gone back to its roots and is as fierce and hungry as ever. "Plug in the Snakes" was recorded and self-produced with the help of local prodigy Brian Beyt and also features guest appearances from several popular artists from the region.

"Plug in the Snakes" streaming now at www.purevolume.com/meriwether.
Email Post