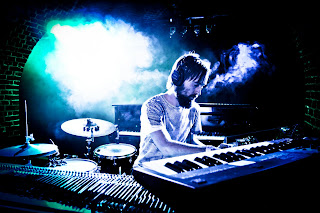 In setting out to create his fifth album for Anticon, Martin Dosh had two goals in mind. First: Get loose. 2008's Wolves & Wishes took a step in this direction by way of its guests - freewheelers like Bonnie "Prince" Billy and Odd Nosdam - but Dosh records are well-known for their impeccable arrangements. To wit, Andrew Bird used W&W's "First Impossible" as the rhythmic backbone for a song on last year's critically acclaimed Noble Beast LP. (Dosh has been collaborating, recording and touring with Bird since 2005.)