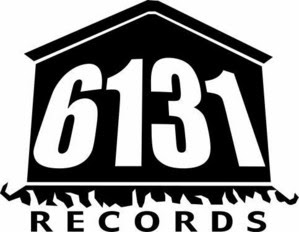 ALPHA & OMEGA SIGN TO 6131 RECORDS AND ENTERS STUDIO, BAND ANNOUNCES POST RECORDING TOUR DATES
Los Angeles based metallic hardcore band, ALPHA & OMEGA has signed to 6131 RECORDS for their debut full length. The band previously released their "Devil's Bed" 7" on the label. ALPHA & OMEGA have entered the studio with Paul Minor (H2O, Thrice, Unbroken, New Found Glory, Unearth), who is engineering, mixing and mastering the as of yet untitled album.

Guitarist Aaron Jamilli, commented, "We are really excited to be going into the studio to record our first full length. This record is definitely going to be hard hitting with a few surprises. I feel we have hit our stride and found our sound musically as a band."

ALPHA & OMEGA have announced a series of dates in February and March, including dates on H2O's 15th Anniversary Tour, SxSW and their second appearance at United Blood Fest in Richmond, VA, and New England Metal and Hardcore Fest on April 24 in Worcester MA.
The scheduled dates so far are as follows, with more to come:

The band, who've been compared to and influenced by bands such as the Cro Mags, Crowbar, High On Fire, Merauder, Integrity, Starkweather, etc. are no strangers to the road. With only one 7" released, the band has toured the US three times and done countless regional runs and mini-tours with the likes of Terror, Madball, Internal Affairs, Donnybrook and Trash Talk. The band has also appeared at Sound & Fury Fest (CA), This Is Hardcore (PA), United Blood (VA), Great American Hardcore Fest (MA) and Lisk Fest (CA).