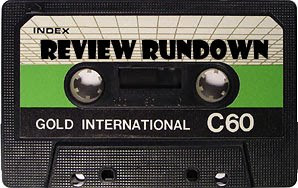 Street Sweeper Social Club - ‘Street Sweeper Social Club’ (Warner Music Group): It’s pretty hard not to think of Rage Against the Machine when you hear Tom Morello’s name or guitar licks. And while this eponymous release from his new venture with Boots Riley isn’t quite RATM, some of it sounds like it (‘100 Littler Curses,’ ‘Megablast’), some sounds closer to a Def Jam Poetry session (‘The Oath,’ ‘The Squeeze’) and some of it sounds just plain awesome (‘Promenade,’ ‘Nobody Moves (‘Til We Say Go)). In all honesty, all RATM references aside, this album kicks serious ass. While they won’t be winning any awards for Best Band Name anytime soon, Street Sweeper Social Club might find themselves on a few Best Of lists come years’ end. (www.myspace.com/streetsweepersocialclub)
Grade: A
Go Download: ‘100 Little Curses’

Darkest Hour – ‘The Eternal Return’ (Victory Records): ‘The Eternal Return’ is just that, a ceaseless return to form for Washington, DC’s metal merchants Darkest Hour. It marks not only their return to producer Brian McTernan, who hasn’t produced the band since 2000’s debut ‘The Mark of the Judas,’ but also their best album to date. Ironically enough, it also marks the bands last release with Victory Records. Regardless of the albums’ peripherals, ‘The Eternal Return’ is an album rife with chugging, unrepentant and malicious metal tracks with an epic feel. Even after the departure of expert axewielder Kris Norris, Darkest Hour pick up right where they left off on 2007’s ‘Deliver Us,’ as the six string ferocity hasn’t lost a step as evident by Mike Scheibaum and Mike Carrigan’s guitar work on ‘The Tides’ and ‘No God.’ This record ranks right up there with Lamb of God’s ‘The Wrath’ as one of the best American metal records of 2009, and is a crushingly powerful addition to America’s worldwide war of metal dominance. (www.myspace.com/darkesthour)
Grade: B
Go Download: ‘The Tides’

The Word Alive – ‘Empire’ (Fearless Records): ‘Empire’ is a brilliant introduction to the Word Alive, the new project of former In Fear and Faith and Greeley Estates member Tyler ‘Telle’ Smith. It is an energetic stamp on the bands arrival on the scene, albeit only a six track teases of their musical capabilities. This is a release that sounds more Sky Eats Airplane than A Skylit Drive, but the band is more than just a mere carbon copy. Some of the electronics are hacky, although layered heavy-hitters like ‘Casanova Rodeo’ and ‘Inviting Eyes’ thoroughly make up for such blemishes. Being that ‘Empires’ is only an EP, what the Word Alive could accomplish on a full length could sound limitless. (www.myspace.com/thewordalive)
Grade: B
Go Download: ‘The Only Rules Is That There Are No Rules’

My Breakfast With Blassie (Legend House): In a spoof of the classic, well sort of, ‘My Dinner With Andre,’ ‘My Breakfast With Blassie’ is a brilliant look at two enigmatic and eccentric men in Andy Kaufman and ‘Classy’ Freddie Blassie who both did monumental things for their respective industries, that couldn’t be more alike. Both men are neurotic germaphobes, showcased perfectly when a table of women next to them asks Kaufman for an autograph, which he obliges then berates them for bothering his meal, only to try and pick one of them later. Highlights of the breakfast session include Blassie calling Jerry Lawler a ‘birdbrain’ when referring to the infamous incident in which Kaufman ‘injured’ his neck after a piledriver from Lawler, Blassie waxing nostalgic about his career including run-ins with crazy fans, injuries, and people he’s met along the way including Robert Stack and Elvis Presley, Kaufman selling Blassie a used magic prop and finding humor in a man vomiting all over their breakfast table and Blassie telling Kaufman to get the check. This is a truly amazing DVD, from the feature all the way down to the extras that feature in-depth looks at Blassie and Kaufman as well as the producers. If a picture is worth a 1000 words, then ‘My Breakfast With Blassie’ is priceless.
Grade: A
Email Post