Then: BBMak, Now: World Famous DJ’s: A Conversation with Christian Burns of the Bleach Works 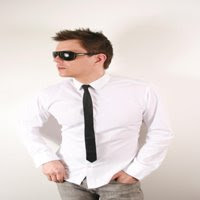 Then: BBMak, Now: World Famous DJ’s: A Conversation with Christian Burns of the Bleach Works
www.myspace.com/thebleachworks

Christian Burns cut his teeth in the industry selling millions of albums worldwide in the boy band BBMak, but now have moved onto a venture all his own and a bit more serious, a group called ‘The Bleach Works.’ Some would think that moving from a boy band to working with some of the worlds’ hottest DJ’s (DJ Tiesto, BT) would be a rather rough transition, but not for Burns, who is taking everything in stride with his usual panache and swagger. He obviously has a knack for this whole songwriting thing.

Burns’ new record has no official street date but is expected out sometime later this year. While splitting time in the studio and working with artists like DJ Tiesto, Matt Darey and BT on upcoming releases, Burns took the time to field some questions about everything from where exactly he got the band name from to how progress on his new record is coming.

Get eXposed: Tell me about how the Bleach Works came together.
Christian Burns: The Bleach Works project has been on the boil for a year or so now, The band is made up of me (writer/producer) and different friends of mine, and the set up is always changing, which keeps the rock/electronic mish mash of ideas fresh.

GE: This isn’t the type of music we have heard from you in the past. What brought about this type of music for this project?
Burns: A lot of my favorite bands are from the 80’s, when everything was recorded through analog gear and sounded amazing, that sound mixed with strong melodic hooks and tiny bits of ear candy.

GE: How did you come up with the band name? Does it have a meaning?
Burns: My latest project “the Bleach Works” is named after the studio that I work from. It’s built on the grounds of an old bleach factory.

GE: How far along on the new record are you? What do you have done thus far?
Burns: I would say that I am about 70% done with the record, and have done some amazing work with BT over in the States. I have also been working with Jeff Saltzman (produced the Killers – ‘Hot Fuss’ album) and been working on tracks alone too.

GE: Any chance it has a title?
Burns: Not yet, I’m going to wait until it’s finished and then name it.

GE: What is inspiring you right now to write this music?
Burns: Life + Technology basically. There are so many good things going on right now and so many great toys to make music with.

GE: What can we expect from you the rest of the year?
Burns: I have co-written a few songs for BT’s next record due out later this year, and I also have a track called ‘Invincible’ coming out on Matt Darey’s ‘Urban Astronauts’ record.

Take a look right now over at www.myspace.com/thebleachworks.
Email Post