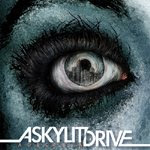 One has to wonder exactly what California’s A Skylit Drive had in mind when naming their latest opus ‘Adelphia,’ their first for indie juggernaut Fearless Records and first not on Tragic Hero Records. Was it named after the now defunct morally and financially bankrupt cable company giant pulled asunder by the greed of its owners? Highly doubtful, but the coincidences are eerie.

It is unclear as to whether or not A Skylit Drive wants to sounds like Eyes Set to Kill or Blessthefall, but thankfully they don’t lend themselves to either side wholly. If Michael ‘Jag’ Jagmin wants to sound like Claudio Sanchez from Coheed and Cambria, he falls just short, but the comparison is something in its own right. Jagmin’s clean vocals come off with a touch of post-hardcore flair ala Circa Survive’s Anthony Green, while the heavier vocals comes off sounding a tad like Underoath’s Dallas Taylor.

There are a few things wrong on this record however. For starters, it’s too long at 13 tracks, even though one of the albums best works is buried near the end (‘It’s Not Ironic It’s Obvious’) and should be near the beginning of the record, but that’s a matter of opinion really. Also, ASD would benefit from the advent of more work from bassist/screamer Brian White. Hell, even if growler/drummer Cory LaQuay got more involved in the mix, the music would benefit from it.

‘Adelphia’ swirls and thrashes at points, but also fizzles and fades at points as well. It’s not exactly metalcore or post-hardcore and it’s not exactly powerpop. It’s really a grey area, a combination of a plethora of musical elements that should satisfy all parties involved. It’s really an amalgam or a musical chameleon if you think about it.