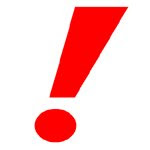 Today Paper + Plastick Records is pleased to announce that punk mainstays A WILHELM SCREAM have joined its growing and already impressive roster. The label will release a self-titled 12” EP early this Fall, which will be sold exclusively at http://www.paperandplastick.com/.
"I’ve toured with A Wilhelm Scream,” admits P+P founder and Less Than Jake drummer Vinnie Fiorello. “I know the band’s work and touring ethic. I know them as friends and I know they are a great fucking band live. I'm more excited than I can put to words that I am doing this."
"When Vinnie approached us about putting something out with Paper + Plastick I remember being impressed by his energy,” guitarist/vocalist Trevor Reilly says. “Guy was going off about obscure punk bands we knew from the early 90's, a bit about his own history, being in a full-time touring band and after five minutes of talking to him we knew we had to team up for something.
The ethos of his label matched the ethos of our band. We like his ideas, respect his practical business sense and admire his passion for bridging graphic arts and music and his desire to simply make cool ass shit to stoke out the fans. He'd never say it but I think the dude's trying to save punk rock as we know it. I really do."
Email Post