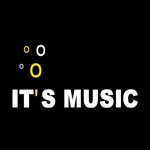 Glassnote Records is proud to introduce Greensboro, North Carolina’s JONAS SEES IN COLOR to the world with the release of the band’s self-titled debut, out September 29th. Jonas Sees In Color joins the independent label’s growing roster, which also boasts Secondhand Serenade, Justin Nozuka, Phoenix and The Temper Trap.
The collection of songs feature stadium rockers delivered with all the energy of punk and passion of indie rock, and kicks off with opener “I Own These Streets,” which showcases not only the band’s musicianship (they were music majors in college), but their ability to write one hell of a rock song. The album continues with the hard-hitting “Luck And Love,” the arena-ready anthem “Stand Tall,” and the fan-favorite ballad “Loose Threads,” to name a few.
www.myspace.com/jonasseesincolor
Email Post