Life Goes On, Even Though the Bliss Might Not Always Be Royal: A Conversation with Neal Middleton of Royal Bliss 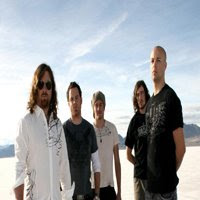 Life Goes On, Even Though the Bliss Might Not Always Be Royal: A Conversation with Neal Middleton of Royal Bliss
http://www.royalbliss.com/

They have been making music together for over a decade, have a major recording contract with Capital Records and have toured the country alongside the likes of Stone Temple Pilots, Three Days Grace and Buckcherry. Even with all of those accolades, chances are that you have never heard of them. Well, with their latest disc, ‘Life In-Between,’ Salt Lake City, Utah’s Royal Bliss aim to change all of that.

Their major label debut charted rather well for the boys, hitting number 151 on the Billboard 200 and number 4 on the Billboard Heatseekers chart. Their smooth take on mainstream hard rock has led them to tour with not only the three afore mentioned bands, but also Candlebox, Flyleaf and P.O.D. and part of the bands success has a lot to do with not only the vocal skills of frontman Neal Middleton but also his knack for inward looking songwriting, not being afraid to put pen to paper to talk about everything from having his son, his past problems with drinking as well as near death experiences and his take on how his wife felt watching his go through life the way he was. All of that leads Royal Bliss’ music to be so personable, yet so relatable to any listener.

While he was performing his pre-tour duties, which Middleton explained to me as fixing toilets, changing lightbulbs and the like, he took the time to talk to me while waiting in the garage getting the tour van worked on (literally IN the van), to talk about everything from why recording ‘Life In-Between’ was so different to how and why he is able to write songs the way he does.

Get eXposed: Let’s talk about the record. It blew me away when I finally had the chance to listen to it. The albums closer, ‘I Was Drunk,’ kind of caught me off guard. It sounded like it didn’t fit in with the rest of the record.
Neal Middleton: Yeah, I kind of though the same thing. I actually wrote that song one night while I was lying in bed and never thought it would actually make the record. It comes across a little country and a little bit Irish to go along with the drinking vibe. We had a bunch of people into the studio to hear it and they started singing along, which actually made it onto the song as the chorus. So after that we decided to throw it on the album. People love it and I’m glad it made it. It’s a good drinking song.

GE: Tell me about the recording process of ‘Life In-Between.’
Middleton: This time for us we finally were able to do it the way we wanted it. We recorded it in Salt Lake at this big fancy mansion studio with super high tech gear and all of these rules and such. This time we signed with Capital and they let us pick where to record, pick our engineer and our producer. We decided to go up to Portland where we had a producer who had a studio basically in his backyard, which was really cool. It was us being able to be ourselves and have some cocktails, and have a good time in the studio. We got out of our hometown and free of distractions like people popping over and parties and such. We just focused on the music and it was just amazing. We recorded everything at the same time. I refused to use auto-tune on the lead vocals and on most tracks we didn’t use a click track or anything like that. We just really wanted to do it like a live show, the way we always do it. It was the first time we were able to record a record and put our personality into it, being able to give it our all and focus on the music side of things without using computer cheats. If you can’t do it live, don’t do it on your record.

GE: A lot of the tracks are personal to you, touching on a lot of different topics here and there. Can you tell me what influenced you to write this record?
Middleton: Basically just the story of my life. Each record I’ve ever done, the lyrics come to me from where I am when that song is written. I never sit down and write the lyrics. The first record we did I just made up everything and then recorded it, kind of like freestyle. I still do that to a sense, even on this record. I’ll write the lyrics down when we are in the studio recording, Ill actually come up with the final thing. Half the time it takes me listening to the preproduction to figure out what the hell I’m talking about. Basically, its straight from what’s inside me, coming out. There’s not a lot of me sitting down thinking about what I have to write about.

‘Save Me’ was written after a long night of drinking moonshine and taking my friends Trans Am out for a night and that’s where that song came from. I got in a big fight and it was definitely a scary night – I thought I was going to end up dead.

‘I Was Drunk’ was another one of those moments thinking that I need to settle down while out on the road, not partying all night. I thought I needed to tone it down a little bit but not stop it completely. Just because I quit drinking I don’t want it to change me.

There’s a ton of songs that are sad but it is in direct correlation to my drinking problem, then there are some songs where it sounds like Im singing about someone else but in reality Im just singing from their perspective or what I think their perception would be of me. By in by, I’m writing that from my wife’s point of view. Then the first time she heard it, she started balling her eyes out because it was exactly how she perceived out life together. Then there is the song ‘We Did Nothing Wrong,’ which is about my son which I had last year, thinking about the stuff we have gotten away with the last decade. Now, my son is going to have grow up in this world we live in. It’s from the eyes of a kid thinking we did nothing wrong. I’m not a very good storyteller about other people’s live, I only know my own. It’s my own personal therapy, being able to get things off of my chest.

GE: What can fans expect from you the rest of the year?
Middleton: Expect to see us, basically. We want to stay out on the road as long as possible. We hope to get on some bigger tours throughout the years and make it overseas by maybe next winter. Hopefully we will be able to pump out some other singles through Capital as well. Just plan on seeing us around for a long time; we have been doing it for 12 years and want to be doing it for 30. This is what we love to do and we don’t know how to do anything else.

For more information on the band, check out http://www.royalbliss.com/.
Email Post