‘The Great Depression’ I s Truly Upon Us: A Conversation with Rob Purnell of Trigger the Bloodshed 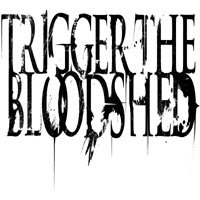 ‘The Great Depression’ Is Truly Upon Us: A Conversation with Rob Purnell of Trigger the Bloodshed
www.myspace.com/triggerthebloodshed

Leave it to a death metal band to truly pinpoint the things going wrong in today’s world. Even better, leave it to a band from the United Kingdom. Trigger the Bloodshed, and their new release, aptly titled ‘the Great Depression,’ have recorded perhaps the most triumphant sounding death metal release that 2009 has seen yet, but have done it in a very non-death metal way. They self-produced this disc, and really paid attention to detail, especially the lyrical content. It’s not all gore and blood like most of its ilk, but yet more socially aware and consciously vigilant in nature. Basically, these boys were pissed and upset by the world around them and all of us are better for it, since they put pen to paper and out came ‘The Great Depression.’

Guitarist Rob Purnell recently took the time to talk to me all the way from across the pond, to discuss everything from inspiration to recording, and all things related to ‘The Great Depression.’

Get eXposed: Tell me about the upcoming tour. What can fans from expect from you live this time out?
Rob Purnell: Well were hitting the road on ‘Dominatour’ in support of our new album ‘THE GREAT DEPRESSION.’ It's going to be a real hectic set full of a lot of new material we haven't played live as yet. We are dying to get out and tour and can't wait to get f**ked up!

GE: Any chance you might have some surprises in store live?
Purnell: There may be a few to look out for, would be telling if we let on, but expect more action and craziness than ever before.

GE: Do you know when we might get the chance to see you in the states?
Purnell: Hopefully real soon. We have just signed with the TKO agency and are looking into touring as soon as possible. The guys at TKO are really on it so as soon as the right tour comes up I'm sure we will be on the next plane over.

GE: Let's talk about ‘the Great Depression.’ Tell me a bit about how the recording process of this record went.
Purnell: The recording process was very different to the last record. We actually self-produced this record, which was a great experience. We tracked all the instruments except the drums at my house with all my gear, and the drums and vocals at Red House Farm studios in Ipswich. The tracking was tight time wise, but turned out great so we had something we were already proud of before it went to Karl Groom to mix. We had a few problems with missing bits of audio but once this was overcome we managed to get an album which we think sounds huge and are hugely proud of.

GE: Is there a story behind the title of the record?
Purnell: Well, firstly the lyrics aren't your typical death metal lyrics. We’re not much into gore and that whole side of death metal, so this would be unnatural for us to write about as we want to have music with real meaning and purpose that people can relate to. Therefore we set about thinking of a concept which really meant something to us and there was nothing more fitting than the world we live in and the real sh**ty state it is in. So that was what Jonny wrote about and the title seemed real fitting for the record.

GE: Tell me what inspired the writing of it.
Purnell: Everything that we have seen, heard, are living or have read about the world and the sh**ty condition it is in economically, biologically, politically and socially.

GE: When the record was finished and you had a chance to listen to the finished product, did it completely blow you away?
Purnell: Definitely! We were actually in a McDonalds, which had free WiFi on the Cryptopsy tour, so we were all walking around eating our burgers rocking out to the album. It was f**king awesome!

GE: Did you set out to write to the best death/grind record of the year?
Purnell: Yes! I think every band sets out to write the best album of the year, and we’re real proud of ours and think it's a definite contender.

GE: Tell me what we can expect from you guys the rest of 2009.
Purnell: A lot of touring! Hopefully in the states too, so makes sure you get out buy ‘THE GREAT DEPRESSION’ and get down to see us live as soon as you can.