The Color of Life After Taking Back Sunday Is Fred: A Conversation with Fred Mascherino aka the Color Fred 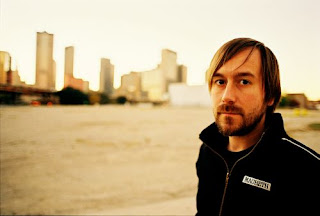 The Color of Life After Taking Back Sunday Is Fred: A Conversation with Fred Mascherino aka the Color Fred
www.www.myspace.com/thecolorfred

Taking Back Sunday have long been the kings of the emo scene, due in large part to not only the guitar playing of Fred Mascherino, but also his superb knack for carrying a hook vocally. His pairing with Adam Lazzara produced some of the brightest, catchiest hooks in the business, but no more. Mascherino felt he needed to move on, and move on he did, to his solo project, which he titled the Color Fred, following a vote by his fans.

The Color Fred’s debut release through Equal Vision records, entitled ‘Bend to Break,’ was written entirely during Mascherino’s time in TBS, and was only meant to be a side project. Little did he know it would soon become his full time job. Since then, he has released a special Record Day only EP, and is in works on a new record, as well as a DVD release.

Mascherino has long been one of the good guys in the business, and he recently took the time to talk to me about everything from his plans for the rest of the year to how he came up with the name for his ‘Intervention’ EP.

Get eXposed: I want to ask a little bit about Taking Back Sunday. Was the Color Fred’s music something you had been working on while still with them, or did you come up with it afterwards?Fred Mascherino: Yes. The whole album was actually recorded while I was still in the band. It was just a side-project at that time. It was originally built to be a side-project but things change.
GE: Do you know if the guys have heard the music?
Mascherino: I played a few songs for them when I was getting mixes back. That was on our last tour. I don’t know what they’ve heard since.
GE: Tell me a little bit about the ‘Intervention’ EP. First off, is there a story behind the name?Mascherino: This was just something I did for fun in between albums. I had met these two guys (Brandon Weiss & Myles Vlaches) who were going to school in Philly for recording. I liked what they were all about and we were able to do the recording at their school. We did five acoustic songs really quick. I played the guitar and vocals live and then we went back and added layers. Each song has its’ own treatment which is cool. The name of the EP is from one of the new songs on it called “The Intervention.” The concept is that an intervention is something that usually happens at a dark time in someone’s life. The hope is that after an intervention, the person is on a better path. I’d like to think that my first solo record was the intervention for me. It helped lead me out of a bad place. The lyric that sums up the song is ‘I hope you know I did all I could’.
GE: Why the decision to release it on Record Store Day?
Mascherino: Since it was just kind of a quick recording, I decided that Record Store Day was a good chance to help out the independent stores and also a chance to put something out in between records. We added two home demos and did a limited pressing because it was supposed to be just for that day. People since then have started to take interest so we’re getting it up on I-tunes and we’ll put some leftover CDs up on our webstore as well.
GE: Tell me about the virtual tour for the record. Where did you come up with that idea?Mascherino: My friend David Kalani who’s a filmmaker, shot five live acoustic videos, one for each song that we did on the EP. We shot them in all different places, on a roof, the “Mall” in D.C. etc... then for the week before Record Store Day, we put them up on five different websites.
GE: How did you pick the five websites to show the videos?
Mascherino: We picked Peta 2 because of my involvement in animal rights. The other ones were just the most band-friendly sites we could think of.
GE: How has the response to that experiment been for you?
Mascherino: It's been great. I think people could see what we were going for. It was another side of what I'm doing. The next album is definitely going to be a full band thing but this release was all about me as a songwriter in a more raw state.
GE: What can we expect from you the rest of the year?
Mascherino: I just got here to the studio. I'm in Birmingham, AL with producer Jason Elgin (Maylene and the Sons of Disaster). This is going to be the first serious recording I've done since I've been on my own. I'm excited because it's now my full-time thing and that's going to make this album a lot different. I'll be touring the East Coast acoustic in August and planning a West Coast run after that. I've really been enjoying playing acoustic so I want to keep that up until the next full band CD is ready to come out. Then it'll be back to the rock!

Find out more on the Color Fred over at http://www.thecolorfred.com/.
Email Post