15 Years In, No Signs of Slowing Down: A Conversation of Tony Scalzo of Fastball 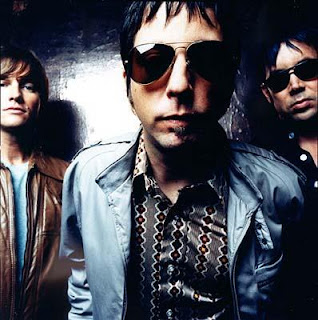 15 Years In, No Signs of Slowing Down: A Conversation of Tony Scalzo of Fastball
http://www.fastballtheband.com/

Surprisingly throughout 15 years of Fastball’s existence they have only released five studio albums, their latest being ‘Little White Lies.’ Although they haven’t exactly been too busy in the studio throughout the years, they have made their releases count, especially 1998’s ‘All the Pain Money Can Buy.’ Within six months of the release, the band had sold over a million copies and spawned three chart topping singles, ‘Out of My Head,’ ‘Fire Escape,’ and of course, ‘The Way.’ The latter saw time at the top of the Billboard Modern Rock charts to the tune of seven weeks.

Although the Austin, Texas outfit failed to really live up the hype of ‘All the Pain Money Can Buy,’ they have released some quality material in their career, most recently ‘Little White Lies.’ The band has become known for their blend of Midwest and Southern indie rock, a style many other bands have copped.

During some downtime before hitting the pavement, guitarist/vocalist/pianist Tony Scalzo took the time to chat with me regarding everything about their long hiatus before their new record, what fans can expect on tour this time out and what we can probably expect from the boys the next two years.

Get eXposed: It has been half a decade since the world last saw you guys. Why the decision to record and release another album?
Tony Scalzo: We all had to be focused on a common goal, and for various reasons, five years is how long it took for us to do that. Miles and I both have children and we've been working on various side projects. He with his band, Small Stars, and I've been writing with people like Kathy Valentine from the Gogos and with Jaret Riddick from Bowling For Soup. I've also been producing a singer-songwriter named Madelyn Cascio.

GE: Tell me about the upcoming tour. What can fans expect from Fastball live this time around?
Scalzo: Fastball shows feature a lot of me jumping back and forth from guitar to keyboards. It was important that we include a lot of the great musical textures featured on this new album. We're excited to perform these songs and that'll come out in the live show.

GE: Who will be out on the road with you?
Scalzo: We aren't taking an opener out with us. These are clubs and there will probably be local openers, I assume.

GE: How’s the setlist shake out? Can fans expect all of their Fastball favorites, or will most of the set consist of new songs?
Scalzo: We know darn well that there are always those fans in the audience that get disappointed when they don't hear their faves. We can't play 3 1/2 hour sets!

GE: Do you have any surprises in store?
Scalzo: There may be a few surprises.

GE: Tell me about the recording process of your upcoming album, ‘Little White Lies.’ How did that go?
Scalzo: We had fun experimenting with new instruments; a few synths and strings, accordion... weird vocal noises. The studios were here in Austin so it was convenient and we made ourselves at home and got it done. We think we did a pretty good job. It's the best thing we've done, ever!

GE: How do you think this record stacks up against your previous releases?
Scalzo: I think it's already proving itself out there on the radio in the short time it's been finished. People are hearing bits of it and letting us know they think it's cool. We are confident it will do well and allow us to get out there and play and have some good times.

Check out more on Fastball over at http://www.fastballtheband.com/.
Email Post