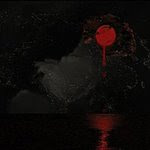 Cursive are back for their sixth go at it with their latest, ‘Mama, I’m Swollen,’ an album title capable of conjuring up all sorts of images. The Midwestern emo/indie rock purveyors have done it again, succeeding in releasing a suitable follow-up to 2006’s critically acclaimed ‘Happy Hollow,’ a feat some didn’t think was possible.

Tim Kasher and company have returned with an album full of youthful angst-ridden emo and bleeding heart dreariness, a combination that fans have come to know and expect. ‘Mama, I’m Swollen’ is a sincere record, one that isn’t afraid to take chances stylistically (‘In The Now’), which the band really haven’t since 2003’s ‘The Ugly Organ.’ Expect some of the same nuances with new twists, some subtle, some not, in the form of additional flutes, clarinets and violin arrangements.

While the album drags in spots due to its weightiness and somber scope, most of the effort is blueprint, heartfelt emo. Almost at all times does Kasher wear in heart on his sleeve through his songwriting, as he swoons through topics such as the rigors of growing up and wandering self doubt. Some of ‘Mama, I’m Swollen’ even sounds scooped off the Cure’s cutting room floor during the recording of 1996’s ‘Wild Mood Swings,’ especially the tracks ‘I Couldn’t Love You’ and ‘Donkeys,’ which sound reminiscent of ‘Mint Car’ and ‘the 13th.’

While the success of ‘Mama, I’m Swollen’ may not be completely rousing, it is just that, a success.
Email Post