Thrashing Their Way to the Top: A Conversation with Metal Blade artists Lazarus AD 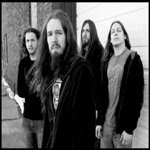 Thrashing Their Way to the Top: A Conversation with Metal Blade artists Lazarus AD
www.myspace.com/lazarus1

They are young, talented and very hungry, have already earned a spot of the roster of indie metal label Metal Blade Records and their debut record, ‘The Onslaught’ is being heralded by some as the best thrash debut since Testament’s ‘The Legacy,’ yet you may have never heard them before. I’m speaking of pride of Kenosha, Wisconsin, Lazarus AD. The best thing about this young group is that they are humble and have done their homework. They don’t consider themselves purely a thrash band, and do not want to pigeonhole as such to their fans.

‘The Onslaught’ is an album rife with a cacophonous blend of shredding, lightning quick guitar riffing and blast beat double bass drum work, with vocals that are truly mindful of where they are. If you are one of the many who miss old school Metallica and love bands like Testament, Exodus or Skeletonwitch, then Lazarus AD and their tunes will feel right at home to you.

With ‘the Onslaught’ already on shelves and the boys prominently on the road in support of it, I had a chance to speak with the band in order to find out what went into making the record, as well as what we can expect from them in the future.

Get eXposed: First off, to those who may have never heard you guys before, describe your music.
Lazarus AD: Many would consider our music a brand of Thrash Metal. We are a thrash band but don't play typical thrash. It's an idea of the past founders, such as Metallica, Testament, and Slayer, but with many modern elements that make it unique in its own right. We are fast, heavy as fuck, and definitely have the groove element where you simply bang your head!

GE: Tell me about the recording process of ‘The Onslaught.’
AD: We recorded it in 2007 with Chris Djuricic at Studio One in Racine, WI, which is now Belle City Sound. It was recorded in a matter of two weeks so we really had to belt down and know our tunes in and out. Through Chris we were able to have none other than James Murphy handle mastering duty. It sounded quite good when said and done. When Metal Blade picked us up we all decided to take ‘The Onslaught’ and re-release it through them. We also wanted the sound of the album to be a bit more bad-ass. So we sent it back to James for him to remix and master. When we got it back it sounded amazing; absolutely crushing and here we have it.

GE: What influenced you to write this album?
AD: Basically it was something we wanted to hear because no one else was doing anything like this. This is an album we really enjoy listening to. We were influenced heavily by Metallica, Testament, Slayer, and Pantera when writing these songs.

GE: Do you have a favorite song off of it?
AD: ‘Thou Shall Not Fear’ is a solid thrash tune. Really though, it's hard to say I have a specific favorite. I truly enjoy the album as a whole. ‘Forged in Blood’ is another good one, but a bit ridiculous when it comes to how fast it gets. I don't know what the hell we were thinking.

GE: Are you happy with the way it came out?
AD: Extremely! It's been a long journey with this album and now we get to hit the road in support of it. It sounds amazing and has some really cool artwork. I think a lot of people will like it or at the very least respect it.

GE: What can fans expect from your upcoming tour?
AD: A damn good time! We take pride in our live show so when we hit that stage it's all over from there. With us on stage and the crowd at hand, we're about to destroy these places. With us it's all about having a blast. We love to interact with the audience. It's been said before and I can truly say we feel the same way, the crazier the crowd is the crazier we are. Also, prepare to drink, a lot.

GE: Who will you be out on the road with?
AD: In April we were out with Amon Amarth, Goatwhore, and Skeletonwitch. You'll find out soon enough. Just keep looking out for what's about to happen. Let's just say it'll be a fucking killer tour.

GE: Do you have surprises in store?
AD: Aside from this next tour? Nothing special, just a good fucking time. This is our first major tour so we figure we'll just go out and kill it so people know what we're about. Then we can start fucking around with surprises.

GE: What’s next for Lazarus AD, now that the album is out?
AD: Tour, tour, tour! We want to go out and support this album to the fullest extent. In about a year, give or take, we'll head back to the studio for round number two. And then, more touring! We'll see you on the road.

Check out more of the band over at www.myspace.com/lazarus1.
Email Post