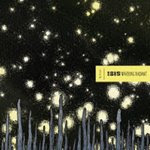 If you were to take a look at just about any metal bands list of musical influences, you’ll almost certainly see Isis’ name of there is some fashion. And if you consider yourself a true fan of heavy music, Isis ought to be a band that you have spent some time with, and for those that haven’t, consider their latest opus, ‘Wavering Radiant.’ It is a full blown seven track clinic, full of masterful doomy gloom served with a side of death metal.

It’s hard to fathom that as a band, Isis has only been together for just north of a decade. They have always been one that is held in high regard, one that seemingly holds near legendary status. Hell, the band has even spawned some much lauded side projects including Old Man Gloom and Red Sparowes.

‘Wavering Radiant’ is an expansive post-metal masterpiece, an album that is not only an artistic success but also a commercial success. The record has garnished excellent critical reviews as well as well as chart success, charting in not only the States but also for the first time internationally in the United Kingdom and Norway. This record is mountainous, a truly massive body of work that is continuously reaching.

With ‘Wavering Radiant,’ Isis has rewritten the blueprint for flawless post-metal. Well, that might not really count since they drew the blueprint in the first place. If this record isn’t the bands finest work to date, it’s pretty damn close.

Crashes like:
- Jesu – ‘Jesu’
- Kylesa – ‘Static Tensions’
- Pelican – ‘The Fire in Our Throats Will Beckon the Thaw’
Email Post