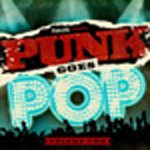 ‘Punk Goes Pop 2,’ the latest in the highly successful ‘Punk Goes’ cover compilation series from Fearless Records, features a new crop of pop covers by some of today’s bigger scene bands, the likes of Silverstein, A Day to Remember, Chiodos and Bayside. The entire ‘Punk Goes’ series follows a simple formula – a gathering of trendy bands get together to cover songs from certain artists of time periods, the only exceptions being the ‘Punk Goes Acoustic’ records. So, ‘Punk Goes’ has ventured back to the 1980’s and 90’s, as well as into other genres such as metal and rap/hip-hip.

This time around we see punk going pop again, and as with all of the ‘Punk Goes records,’ you will get some solid, standout covers, some serviceable, listenable covers and of course, some completely disposable songs.

Among those standouts are Mayday Parade’s take on the Pussycat Dolls ‘When I Grow Up,’ Silverstein’s cover of OneRepublic’s ‘Apologize,’ Bayside’s version of Sean Kingston’s ‘Beautiful Girls,’ and the albums best track, A Static Lullaby’s translation of Britney Spears’ ‘Toxic.’ The track is redone using ASL’s trademark hot and cold vocal aesthetic and it really goes a long way in making the track sound like one of their own. There are more middle of the road efforts than anything else, like Breathe Carolina’s synth laden take on Miley Cyrus’ ‘See You Again’ and Alesana’s beefed up Justin Timberlake cover (‘What Goes Around Comes Around’). Then of course, when dealing with albums of this ilk, you have the inevitable throwaways, skipable tracks like August Burns Red’s butchering of Britney Spears’ ‘Baby One More Time,’ Escape the Fate’s close-to-the-vest‘Smooth’ (Santana) and Attack Attack!’s forgettable ‘I Kissed a Girl’ (Katy Perry).

‘Punk Goes Pop 2’ is a better record than its predecessor due to its lineup on bands. ‘Punk Goes Pop’ saw a bunch of unknown bands like Dynamite Boy, Element 101 and Knockout, but you won’t find any previously unfamiliar bands on this second installment. The record also sounds better produced and the overall sheen of the disc is better.

If you are a fan of Fearless’ ‘Punk Goes’ catalog already, Punk Goes Pop 2 will fit in nicely to your collection. And if not, this disc still has its novelty, and is worth a listen in some way, shape or form.

Grade: B
Listen to: There for Tomorrow – ‘Ice Box,’ A Day to Remember – ‘Over My Head (Cable Car)’
Email Post