Have You Heard? Postcode 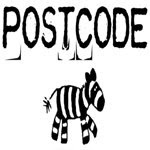 Have You Heard? Postcode
www.myspace.com/postcode

“I guess it's 'alternative rock,’ whatever that means, says Postcode guitarist Mikie Daugherty of the bands’ music. “It's loud, quiet, beautiful, dischordant, melodic.” Daugherty goes onto say “I think we're pretty varied, hopefully you couldn't accuse us of having a bunch of songs that sound the same. We've been compared to bands like Sonic Youth, Pixies, The Breeders and P.J. Harvey.”

The United Kingdom, more specifically Douglas, Isle of Man, quartet are doing their due diligence in blazing their path in today’s scene. There music doesn’t regularly fade or slow; it is often uncompromising and unabashed. Their guitars are mostly furious, their vocals concurrent, and the drumming always timely. There is a raw element to the bands’ music, something almost garage in nature. Their songwriting approach is a little oft-kilt when compared to let’s say, the conventional way.

“Marie (Reynolds, vocals) says that the ideas just come to her, sometimes aided by alcohol, (laughs)” he said. “She's always written, so sometimes words are taken from poems and re-written to suit the songs.”

“For the most part things come from me messing around with a guitar and then working with Marie to write the basics of a song. For the first album and EP I then also added everything else. The material for the second album was then taken to Martin (Rigby, drums) and Christian (Daugherty, bass) to add their parts to. That can totally change the way things sound, in a very positive, creative manner. ‘One Imaginary Girl’ from ‘Zebraland’ was written around the bass riff Christian came up with and a few chord sequences were suggested by Marie.”

If you grow tired and weary of the bands often frenzied pace, Postcode have another element to their music, an acoustic be to be precise. They have a dedicated site to their six-string unplugged work, check it out here: www.myspace.com/postcodeacoustic.

Postcode plans on expanding their brand so to speak, attempting to plan shows outside of the UK. They also plan on writing more and getting their third album done this year.